When Liza and Neil Shillingford came to the United States from outside London for Neil’s job, they planned to stay for three years. Sixteen years later, they are very happy to call Georgia home. Their move from England brought them to Columbia, South Carolina where their daughter, Eleese (15) was born. They moved to Milton fourteen years ago and they love everything about the city - from the open spaces and horse farms to the restaurants and community - Milton reminds them of the countryside they called home in the UK.

After looking for the right property for two years, they finally found their dream home. The Shillingfords had been searching for a home that would accommodate horses and they had seen so many places that just didn’t feel right. With the help of Milton realtor, Erica Painter, they found the perfect spot on Brittle Road. where they now enjoy sunsets and have, as Liza called it, “a postcard-perfect view.” With Eleese riding competitively, having a place to retire her horses was very important to the family and they have plenty of space to accommodate their furry friends at their new home.

Eleese started riding when she was just six years old. Everyone at the barn called her the “Canter Kid.” She loved cantering her pony around the ring and would ride for hours. Thinking back to the early days, Liza remembered that the faster Eleese rode, the bigger she smiled. And Eleese is still smiling from ear to ear today as she competes in English riding contests specifically hunter & Equitation. She trains at Windsor stables under the watchful eye of Michael Britr Leon and Bella Randall. Eleese has three horses and one pony. Her horses include Odyssey (Chino) who she rides in her medal rounds, Eleventh Hour (Nick) who she rides in junior hunters, and Bellweather (Angelo) who has recently retired.

The family enjoys spending a couple of weekends a month traveling together to many different places for Eleese’s competitions. They have been to Ohio, Tennessee, Pennsylvania, New York, North Carolina, South Carolina, Florida, Mississippi as well as local shows in Conyers, Fairburn, and of course Wills Park.

Eleese has had much success in her competitions. She has twice competed at the Junior Hunter finals and she qualified again for the 2020 finals in Kentucky which were unfortunately canceled due to COVID. This year she has qualified for the McClay and Dover Medal Finals and recently won her first National Derby at the Fairburn show. 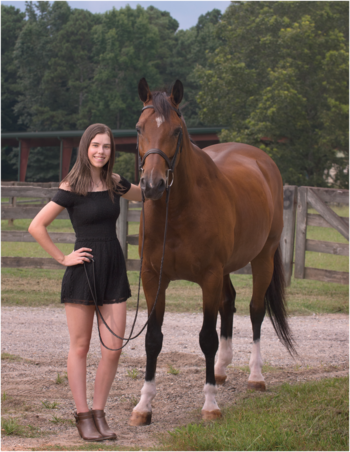 In addition to being at the Windsor stables four days a week for intense jumping lessons, Eleese trains with a local fitness professional, David Escobar, who helps her with her upper body and core strength. The horses train two additional days with Michael and they have Mondays off to rest as, “they are athletes, too,” as Liza remarked.

Neither Liza, nor Neil has ridden competitively, but it is now part of the fabric of their family. Liza works out at Burn Boot Camp, plays tennis, and enjoys long walks in Birmingham Park with their German Shepherd, Mya. Mya joined the family when she was just 3-months old and she went to her first horse show right away and is completely acclimated to the experience and enjoys the trips just as much as the family.

Riding can be dangerous and Eleese has had a few accidents. She dislocated and fractured her wrist when she was 10 and broke her collar bone when she was 14. When you jump as high as Eleese does, as high as they can at the juniors, 3’ 6”, accidents are bound to happen. Since Eleese has always had her accidents when Neil was with her, Liza tries to accompany her to the barn whenever she can. She joked that she will still be going with her even after Eleese gets her license at the end of this year. Ultimately, no matter how hard she falls, Eleese always gets up or back on the horse as the saying goes. Even when she fractured and dislocated her wrist, she got back on and did a few jumps. Her doctors were shocked, but its that kind of mental toughness that gives Eleese her competitive edge.

In addition to riding, Eleese is a budding musician. She enjoys singing and writing song lyrics with her guitar in a studio at their house. Eleese currently attends Rivers Academy and she plans to major in business at college and then pursue something in the equestrian field for her career.

Liza has some good advice for parents of budding equestrians. She suggests starting them young and just let them get in the saddle and ride as often as possible. There are many programs and camps in the Milton area of which parents can take advantage to see if their child likes riding. She also reminds parents that you should start slowly with just a lesson or two a week and work up from there. As the Shillingfords have experienced, riding can be a great sport for the family with travel to competitions creating many happy memories with one another, the family dog, and of course the horses that become part of the family in the process! 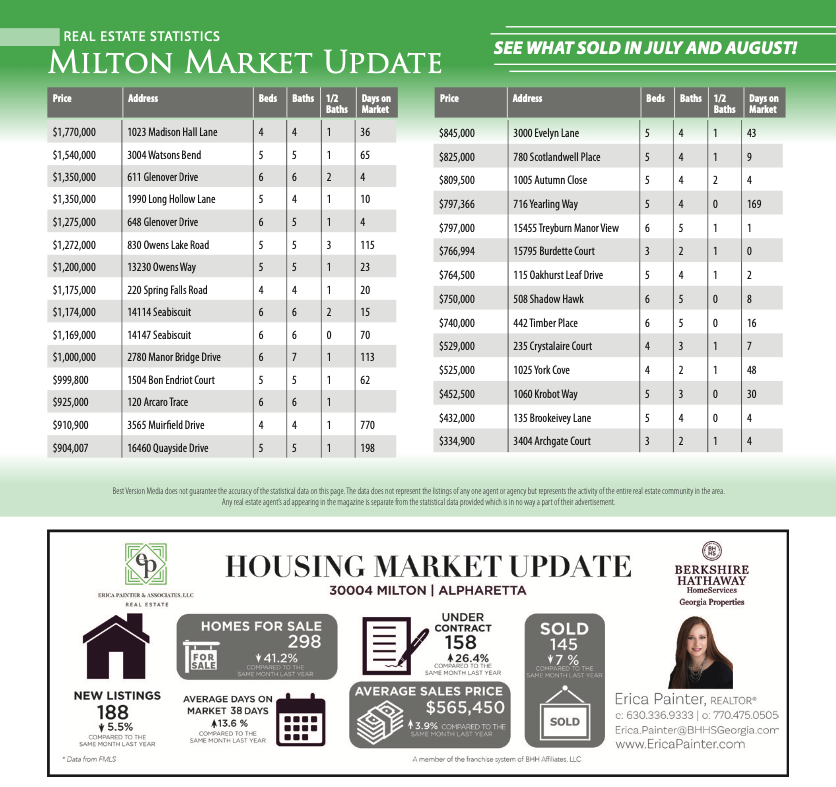